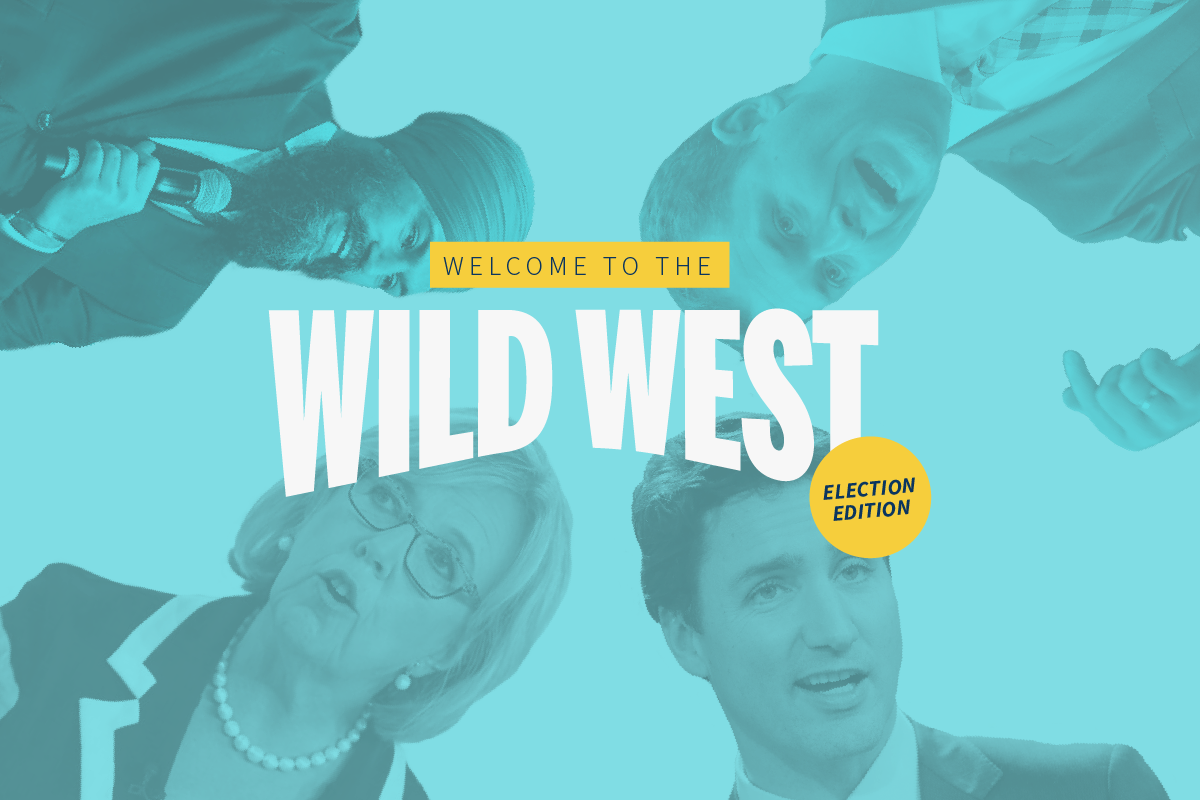 A six week series looking at the good, the bad and ugly on the campaign trail, from your friendly progressive communications firm.

This week’s roundup is coming a day early, as our team will be participating in the Climate Strike tomorrow. Please join us.

There are less than four weeks to go before the 2019 federal election, and here are the stories we’ve been tracking.

The NDP gave us a much-needed dose of humour this week when they reacted to the Liberal’s climate change announcement with a four-word long press release “reality check.”

After Justin Trudeau refused to take part in a leaders debate on Foreign Policy, debate organizers cancelled the event. Trudeau’s unwillingness to participate “denied Canadians the only real opportunity they had this election to see his foreign policy record challenged in a substantive and sustained fashion,” according to debate organizers.

There were reports in several different ridings this week of campaign signs being removed, destroyed or vandalized, including some with racist, xenophobic messages. These are just the latest of several examples of racism that have cropped up on the campaign trail, while relatively few of the major party announcements have directly addressed systemic racism and discrimination. From a lack of journalists of colour covering the campaign to multiple photos of the Prime Minister in blackface and brownface, it is clear that Canada is badly in need of a serious conversation about racism.

That’s all for this week! Stay tuned for our next round up on Friday, October 4.