Top 10 Takeaways From the 2018 B Corp Champions Retreat 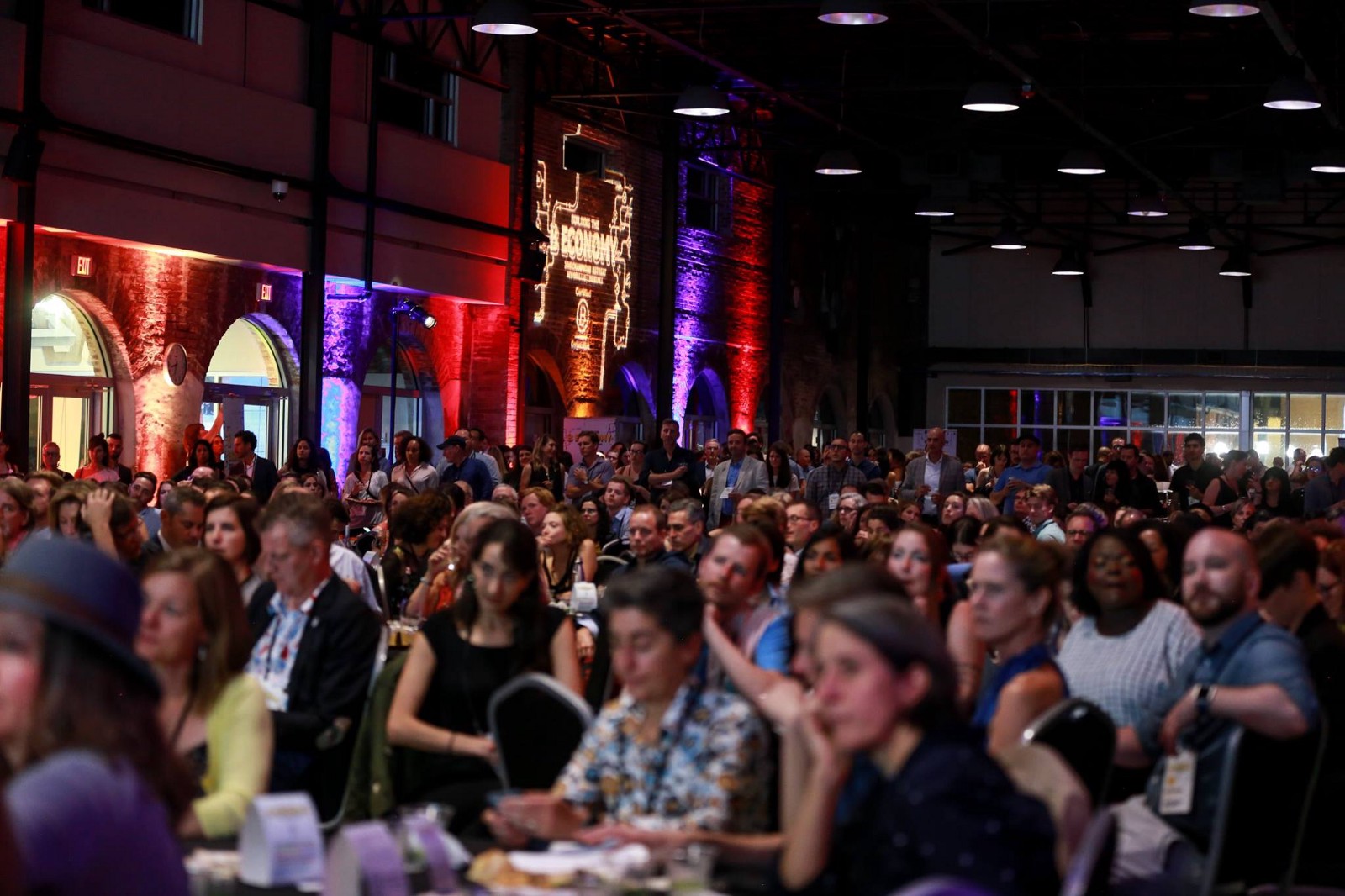 I won’t lie: As a first-time attendee at the annual Champions Retreat last month for the Certified B Corporation community, I arrived with some suspicion about the experience. I walked into the Intercontinental Hotel in New Orleans ready to roll my eyes internally, hoping my poker face would be enough to carry me through the next few days of presentations and workshops.

Having looked at the agenda ahead of time, I wasn’t sold on the touchy-feely sessions that were being peddled. Mindfulness, Your Radiant Self, Spirit and Being Your Best B Keeper all figured prominently on the first morning. But after a few emotional hours, I ended up finding a group of entrepreneurs like me who are convinced there is a better way to do business (with mindfulness or otherwise) that doesn’t sacrifice everything for profit. While the touchy-feely workshops may not have been my jam, the overall experience was amazing, filled with great information and ideas. Below are my personal highlights.

B Corps are gaining in popularity. It’s now a large, well-known movement in the United States and seems to be gaining traction here in Canada. I met so many Canadian companies that are doing great work while also being responsible stewards of the land and great employers. It gives me some hope in a time that has felt pretty dark.

Equity, diversity and inclusion were topics of discussion in many sessions, especially when thinking about building an Inclusive Economy (which was the conference theme). One of the amazing sessions I attended highlighted the point that hiring diversity isn’t just about hiring different skin colours. The facilitators cautioned against hiring a homogenous rainbow where everyone comes from the same background and lived reality. Diversity builds better teams, and culture fit is one of the most impactful detriments to this. This is something that my colleagues and I have been talking about and working on for the past few months at MediaStyle, and it’s something that we can improve.

Impact Relations is a term I’d never heard before the Champions Retreat. But apparently it’s what we do every day at MediaStyle. According to the nonprofit organization’s website, Impact Relations is “a discipline of communications that influences positive social and environmental impact … No spin. Just authentic and strategic communications. By crafting messages that are transparent, authentic, meaningful and resonant, organizations can perform and communicate better while inspiring stakeholders with substantive commitments to social and environmental responsibility.” It’s invigorating to think about a new classification of the work we do as communicators around social change. Once you name it, you can start to build it, share best practices and build a community to strengthen the important work we do.

Power Is at the Center

Sharing space and creating opportunities for those who have less power than you isn’t easy. It is imperative to always remember that the distance from the outside of the circle to the middle where the power exists is a lot farther. It’s not just about creating space, but also acknowledging the additional work and emotional labour required for some to access that space.

Intention versus impact. The Champions Retreat had rules of engagement that outlined how delegates should act while sharing space. The one that spoke to me the most was that you should acknowledge the difference between intention and impact. And I think it’s something we should all do more often as a society.

There are a lot of companies out there doing really cool things to make a difference. Cascade Engineering has identified as an anti-racism organization and does a wide swath of programming and education for its employees. Goldenfeather is an Indigenous-owned company that does a lot of things for its community but has started to import feathers as the price was inflated from $4 per pound to more than $100 per pound after Hurricane Katrina. Rhino Foods has an amazing set of inclusion programs to help its employees, including an Income Advance Program that helps its employees build credit. I highly recommend watching the video that explains the program.

External context matters, and recognizing it within the workplace is important. While we were in plenary, Dr. Christine Blasey Ford was testifying to the Senate Committee about U.S. Supreme Court nominee Brett Kavanaugh, and many of us were torn about where to put our attention. Our amazing facilitator stopped the room and asked everyone to stand with Dr. Ford. It was a powerful moment that brought tears to my eyes and drove home the importance of recognizing that we are part of the whole of what is going on even while we are at work.

Mountain of Work Ahead

To build a truly inclusive economy, we have a VERY, VERY, VERY LONG way to go, and the path forward is not clear. There’s a lot of work to be done. But the transparency of this movement gives me a bit of hope. Institutional bias is real, and even a company like B Lab has a long road ahead. The head of B Lab wrote an important and honest take on the work that remains — it’s well worth the read. The idea of culture fit is something that we at MediaStyle have long focused on, and based on my learnings, we need to think long and hard about what this means in an inclusive workplace.

New Orleans is an amazing city. It is vibrant, friendly and filled with jaw-dropping culture. Talented musicians are around every corner. Great food seems to be everywhere—from pralines to beignets to tasty alligator dishes and of course po’boys, gumbo and jambalaya. I’m pretty sure everyone went home a few pounds heavier.

The Most Important Thing

Hands down, the most important story I heard at the conference was the story of Keilen, a fourth-generation shrimp farmer from near New Orleans who is half African American and half Indigenous. He told us of the inequity and challenges he faced trying to set up a business that would help his community. He finally found an investor to help him after he told the story of the shrimpers from his home community who supplied their shrimp to the processing plant in August but had to wait until Christmas to be paid, even though they were starving. The investor is now helping Keilen launch Naked Seafood, which be a huge benefit to this community. And as the investor so wisely pointed out:

“There are movements converging right now. But if the B Corp movement fails to reach the Keilens of the world, we are just re-creating the same conditions and the exact economic disparity … [one] that isn’t inclusive and we will have failed.”